The Appropriate Use of Pesticides 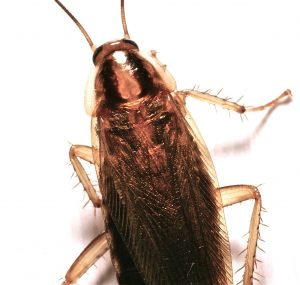 Recently, we at Galt Pest Control began performing pest control services for a business in Southeast Kansas which had had an ongoing problem with German cockroaches. This local business had previously used a nationally recognized company for its monthly pest control service. When we began doing the pest control service, the roach problem was significant. Roaches were distributed throughout the premises and employees were thoroughly disgusted.

As I spoke with employees, one thing became clear to me: The previous pest control technician had not been using the appropriate materials to control the roach population.

There is a sales ploy in the pest control industry used by some companies which seeks to cater to those who are sensitive to the use of pesticides. The idea is that the company will only apply insecticides when a pest problem is observed. If no pest problem is observed, then no pesticide application is required. Thus, the technician minimizes the amount of pesticides in a given location and uses this idea of minimizing pesticides to give the owner peace of mind.

In such a situation, the primary role of the pest control technician is in conducting an inspection. Unfortunately, the technician’s training and daily schedule does not enable him or her to make an inspection that is thorough enough to identify pest problems. It is completely possible, and often happens, that a technician enters an infested premises and leaves without making an insecticide application. The technician has been taught not to apply pesticides unless an infestation is observed, but he or she has not been trained or given the proper time to make the necessary inspection.

At the account our company recently took over, the previous company’s technician would come in and inspect. He used glue boards to try to identify activity. And yet, despite the fact that employees told the technician that they had been seeing roaches, the technician put greater trust in his minimalistic inspection. His training had apparently taught him to trust a quickly conducted inspection over the untrained eyes of those on site.

I suspect that this kind of training, which seeks to minimize pesticide applications in this way, is based on the company’s desire to minimize the cost of materials. Pesticides are expensive. If a company only uses pesticides when a technician can “find a pest in 20 minutes,” it greatly reduces the amount of pesticides a company has to purchase and saves the company money.

They might say, “It minimizes the customer’s exposure to pesticides! It’s a win-win!” In my opinion, the safety of today’s insecticides makes such a course of action unwarranted. The toxicity of most of the most commonly used insecticides on the market today is very low (comparable to the toxicity of table salt in many cases). Minimizing a customers “exposure” to insecticides seems to be more of a ploy to save the company money than it is a way to keep customers safe. Our insecticides, when used according to the manufacturers’ specifications, are very safe.

So, this is the bottom line: Although one doesn’t want to indiscriminately apply pesticides when it is not necessary, the appropriate use of pesticides for pest control and prevention is essential to providing customers with a healthy and pest-free environment.